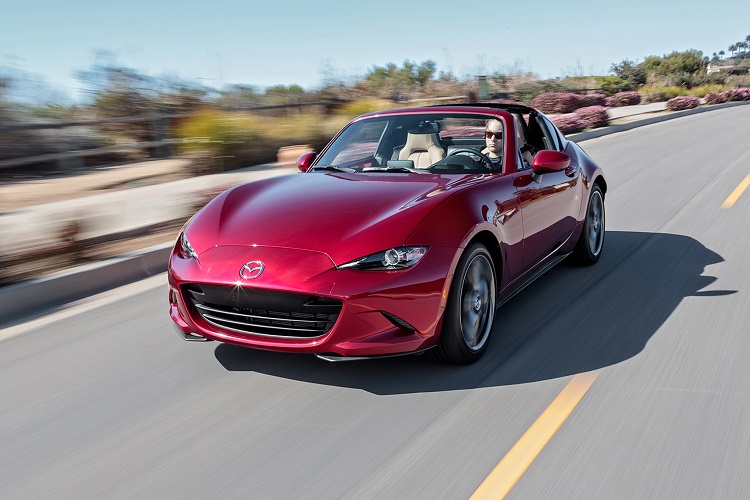 The Mazda Miata for its 2018 version hit the showrooms with the promise of more comfortable rides and better livable conditions. It is a rear-drive convertible with two-seat accommodation with options like soft top and a power retractable hardtop model named the Miata RF. Though Miata even in its 2018 version couldn’t rate itself as the fastest car around, it has got something more valuable to offer, unless you are heading for a car race. Things that it has to offer with certainty is a grin-inducing driving experience that not every car on road with a fat price tag is able to provide.

The secret behind such a grand performance on the road, and the smiles on the faces of its boarders are explained below:

The test drive with 2018 Mazda Miata in Seaside Mazda https:/www.cardinalemazda.com/ ran with grace on road not letting the hardship of the rough road sneak inside the cabin. The hands behind the wheels as well as the ones who are occupying other seats felt at ease, while the wheels of the Miata keep rolling on the smooth and hard surfaces. The prowess of the 2018 Mazda Miata is because of the 2.0-liter I-4 engine that can cough out a horsepower of 155 with ease and the torque of which counts 148 lb. ft when paired with a six-speed manual transmission or an automatic one. All this made the EPA ratings on its fuel economy reach 26 mpg in the city, 33 mpg in the highway when running with the manual transmission while the automatic one goes up to 26 mpg in the city and 35 in the highways. Saying this is understood in plain language that the 2018 Miata brought both the aspects of performance reach their best without being inversely proportional to each other.

A car ride cannot comfortable, unless you feel secured. Understanding this simple fact, Mazda installed all the relevant safety feature in their newly launched 2018 Miata. To name a few, there is a Blind-spot warning, a rear cross-traffic alert that come standard on the Club and Grand Touring grades, while the Lane departure warning is made available only on the Grand Touring trim.

We gathered from https://www.cardinalemazda.com/ that the 2018 Miata brings with it a trunk measuring 4.6 cubic feet on the soft top and on the RF hardtop it is 4.5 cubic feet. Thus, it gives you enough scope to carry enough luggage with you.

The 2018 Mazda Miata won our heart with its superior performance on road with its light yet responsive manner of doing things. It converts every drive into a joyride even on winding roads. the suspension tuning proved itself as quite well-balanced, with a surprising pattern of body roll, which is quite rare for such a lightweight sports car.

The 2018 Miata is a car that is easier to control even by novice drivers and the quiet interior even with the roof up never distracts with unnecessary sound.

Car Financing is Now Easier Than Ever

How long does it take to change a windshield?

Save Money While Renting A Van

How Useful is the 2018 Nissan Titan

Good and Bad Ways to Get Finances for Your Car Purchase