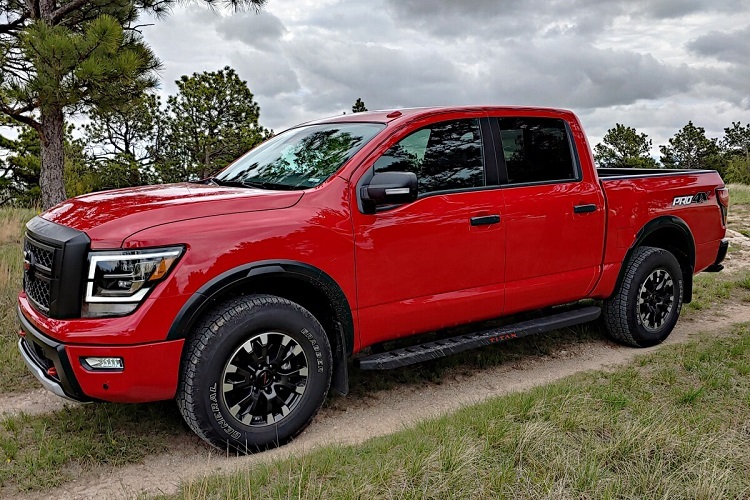 How Useful is the 2018 Nissan Titan

The 2018 Nissan Titan stands as a valiant attempt to challenge its rivals by showing off its full-size-pickup sales through decades.

Ask any Nissan dealer, and they would say that the Titan enters its 2018 edition with almost everything remaining to be the same as its 2017-year model. The only addition to this year edition is the Nissan’s Midnight Edition appearance package that is made available only on crew cab models. Currently the 2018 Titan is available in a mix of black, dark, and body-color exterior pieces with a charcoal interior trim.

Unlike the other varieties of available powertrains found on its usually light-duty rivals, the 2018 Nissan Titan is able to make it with a combo of single engine and transmission. Though it might lack that gust of acceleration that many of its competitors are expert in with their most powerful engines, the Titan picks up the speed quicker than them especially when compared with its similar-sized V-8 powered vehicles.

For the 2018-year model, the Titan is seen to be continuing with only one option of powertrain, that is the stout 5.6-liter V-8 engine that becomes most effective when paired with a seven-speed automatic transmission.

The EPA ratings of the 2018 Nissan Titan can be counted among the best in the class rivals that are equipped with similar powertrains. In a real-world highway fuel-economy test the titan is observed scoring an 18 mpg. The standard powertrain of the 2018 Nissan Titan is able to deliver a respectable fuel economy that counts 15 mpg in the city drives, 18 in a combined, and 21 mpg when driven on the highways.

The 2018 Nissan Titan can be said to be the only truck in its segment that doesn’t give you to choose from more than one option for powertrain. But the best part of this Nissan Truck is that even after you opt for its four-wheel drive, the EPA estimates doesn’t get hurt. They run with the same efficiency as its rear-drive models.

When we talk about pickup trucks, the first thing that concerns us is the cargo capacity. The 2018 Nissan Titan in this matter is one of the best in its class. Every trim model of the 2018 Titan comes with a spring-assisted tailgate to make it easy to use, while the innovative add-ons like a unique bed-channel system along with several discreet in-bed cargo boxes are made available too.

If you visit any Nissan dealership, you would find the 2018 Titan to be available in three cab styles with their corresponding bed lengths in which the average luggage capacity measures 50 cubic feet.

The 2018 Nissan Titan is respected mostly as a dedicated off-road driving model and for its customizable options to adjust the cargo box that also runs parallel with its competitors, but the towing capacity in it is not the best in its light-duty class.

The Importance of Proper MOT Testing

Tips for Renting a Car

Save Money While Renting A Van

Good and Bad Ways to Get Finances for Your Car Purchase